Our new location is http://www.100bloggers.com! 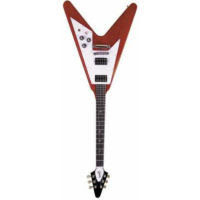 A playlist to get your weekend thumping (click song to hear an iTunes preview).

Remember: If it's too loud, you're too....err..turn it down just a titch. And, would you like some wine with your tunes?

You Get What You Negotiate

Did you know that negotiation is a learnable skill? And that if you don't ask, the answer is an automatic "no?" Skip Angel's recent post addressed his frustration with others who seem able to take advantage of hidden deals that he doesn't know anything about.

I just returned from a week away, attending a 5-day intensive Guerrilla Business School, put on by Peak Potentials Training Company. We spent a half-day just on learning how to negotiate. Then we were sent out into the field to actually do it.

So instead of going to the grocery store this afternoon to fill our empty cupboards and frig, I'm going to share a few of the negotiation secrets I learned and used myself. I won't be going into all of them, but using the few I share will save you money.

2. Create affinity with the person early on. Find something in common, such as kids, sports, weather, something they're wearing etc. Be friendly, and courteous, never critical.

3. Good negotiations end up in a win-win. So hold that intention, and convey it to the person you are negotiating with. "Let's see if we can put our heads together to come up with something that works well for both of us."

4. Have a hook - a rationale that makes sense to the other person. Here are some examples:

- the object you want to buy is not "perfect." Perhaps there is a scratch, discoloration, small imperfection, a wrinkled book or magazine cover.
- volume - you offer to buy more if a discount can be arranged;
- repeat future business with the vendor;
- saves vendor money if you offer cash instead of credit card;
- make yourself a "special situation." For example, you tell them that you believe the object is probably worth the suggested retail price, but that you are not in a position to pay it because . . . Make sure you are in integrity with your reason. Be honest!

5. Use a weakness as a strength. Don't look and act shrewdly. Don't be too polished. Leave your expensive jewelry at home and don't drive up in your Lexus. You don't want to appear more sophisticated because that makes it harder for them to relate to you, and to want to help you get a better deal. Use the phrase - "Can you help me out here?"

6. Negotiate with the person who has the authority to give you the deal. You can ask for the manager upfront. Or you can be kind to the underling and ask who has the authority. One of my fellow seminar participants went into a store, but the manager was not on the premises. Because he had taken the time to create a positive connection with the employee, she offered to call the manager on the phone, who ended up giving him a cell phone for free!

7. Don't go first. Rather than naming a price, and giving your position away, ask what they can do, and then go from there. You will have the advantage if you don't go first.

Keep in mind that you are not taking advantage of someone when you negotiate. If the negotiation is not a win-win, if it doesn't feel right for the other party, they will walk away from it.

So how did my fieldwork go? First of all, I had no idea I could go into a retail store and negotiate for a reduced price! Big surprise to me. My small group headed out to a mall in Orlando. I chose a national sports shoe store that I shop at regularly. I've been needing a new pair of aerobic shoes.

I tried on a pair of shoes identical to the ones I purchased a year ago. I mentioned to the person waiting on me that I really liked the shoes, had used them in the past, but was not happy with the color choice. I asked him why they didn't offer it in other colors, and wondered aloud why the price wasn't discounted on last year's model. He replied that it is a great seller, so they haven't had to discount it. I mentioned again how much I liked the shoe, but was disappointed in the color. Then he brought out their newest version of inserts (which I'm a big fan of). At that point, I decided to negotiate on the inserts. I mentioned that I could probably go back to South Carolina where I lived and get the shoe in another color (create competition), but that perhaps he could discount the inserts and I'll buy the shoes from him. He readily agreed and gave me 50% off. I was pleased to save $10.00 just by asking.

With more time and practice, I might have negotiated a better deal. But it's a start. By the way, some of the other seminar participants negotiated for free soft drinks in a restaurant, or free lunches; others negotiated further discounts on items already reduced.

Ask and you shall receive. Who would have thought it? 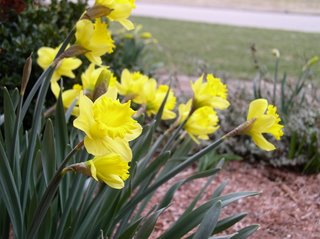 Variations on a theme.

Just imagine if 100 bloggers did a variation on a theme here and on our own blogs?